A well-balanced diet can work wonders on various emotional and physical aspects of your life. However, many people are unaware that developing certain eating habits can increase brain function.

Here are 7 habits that can help you accomplish this.

1. Eat Enough
The body requires a certain daily caloric intake to allow even basic functions like maintaining a regular heartbeat and breathing. If not eating enough can have significant adverse effects on even your survival mechanisms, it is easy to postulate that the effects on your mental capacities will be significant.

The average human requires a minimum of 1200 calories per day. Less than this will be detrimental to your thought processes. As an added benefit, eating the right amount each day will help ensure you maintain a healthy weight. 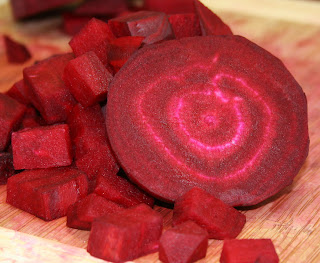 2. Eat Foods High in Phenylalanine
The exchange of information between neurotransmitters has significant effects on your mood - and your productivity. When dopamine is released, it sends a message to the rest of your brain and body that all is well. Known as the "feel good" chemical, dopamine is released when foods high in phenylalanine like beets, eggs, and almonds are consumed.

3. Reduce your Caffeine Intake
When you're feeling sluggish, the first reaction most people have is to reach for a cup of coffee or strong tea. Unfortunately, drinking too much coffee will have the opposite intended effect on your alertness - not only do you risk becoming dependent on it to function on an average day, but once it wears off, you'll feel more tired than before you drank it. By limiting your coffee drinking to when you absolutely need it, you stave off the dependent properties of the drug and help yourself feel more alert.

4. Eat Foods High in Choline
Since new connections between neurons in your brain help improve memory, it is important to keep the process of connecting the neurons active. Foods high in choline such as cabbage and eggs will help you improve your memory. In fact, recent studies have shown that choline can even help reduce the advancement of Alzheimer's.

5. Antioxidants are Key
Free-radical damage caused by pollution in the environment can be prevented by eating foods like blueberries, edamame and garlic. Damage to brain cells can result in a limited number of new connections between neurons, resulting in a lower mental capacity overall.

6. Avoid Bad Sugars
Foods like chocolate and other candies high in sugar are known to cause a short burst of dopamine release in your brain. The negative effects of too much sugar on your weight are well-known, but the mental affects garner less attention. Once the dopamine levels have receded, you will be left feeling more sluggish and less alert, and you will likely find yourself in a foul mood as well.

7. Omega-3 Fatty Acids
Fish has been known as a brain food for decades, and it is not just myth - the presence of omega-3 fatty acids helps to improve firing processes between neurons. This results in more neurological connections being forged, and, in turn, an increase in your brain function.

To help improve important areas of your life such as work functionality and your creative processes. It is best to paired mental exercises, with these 7 good eating habits that can increase brain function and stabilize your moods. A diet full of the right nutrients can enrich your mind as well as improve your overall health.